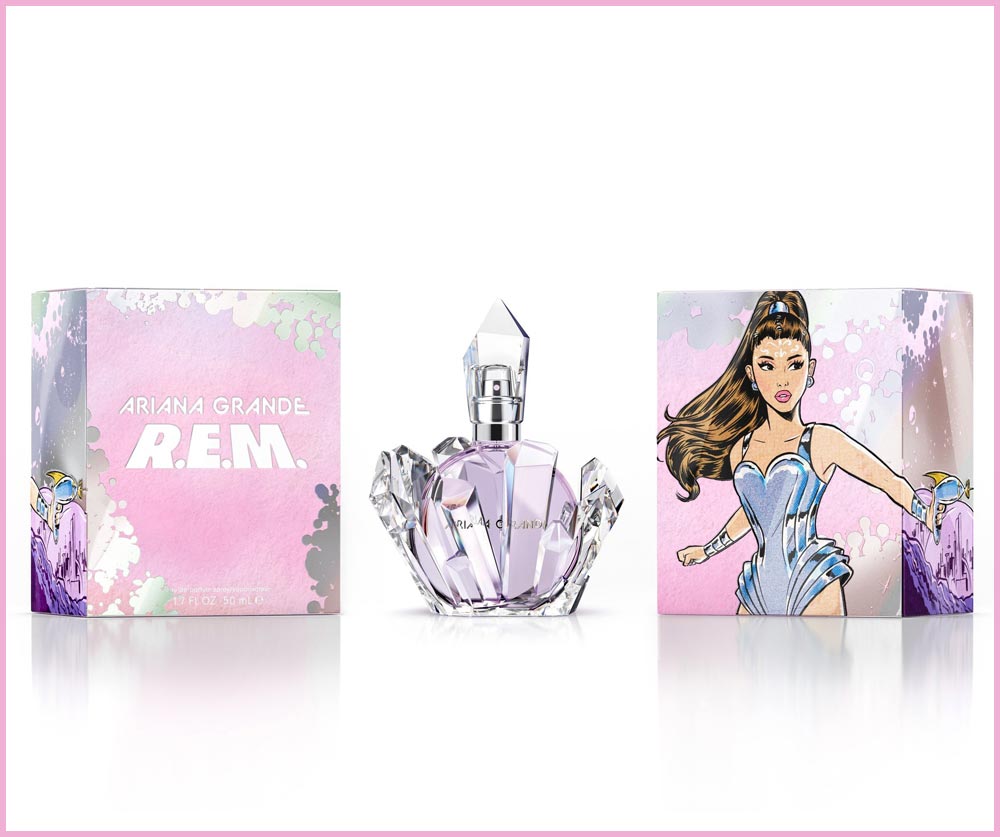 Grande’s global success in fragrance has been unprecedented with sales upwards of $500 million since launch. The award-winning franchise boasts nominations for ‘Fragrance of the Year’, ‘Media Campaign of the Year’ and ‘Consumer Choice’ with the launch of “Thank U Next” in 2019 and the ‘Fragrance of the Year’ win for Cloud. “The continued success and stellar growth of Ariana’s fragrance portfolio is a testament to her relationship with her fans and the passion and authentic involvement she has with her brand. We are honored to again be partnering with such a groundbreaking artist and look forward to continued success with the launch of R.E.M.,” says Tony Bajaj, Chief Executive Officer of LUXE Brands.

Says Grande, “The R.E.M. fragrance has quickly become a favourite of mine. So much so that I named it after one of my favorite songs and paired it with one of my favourite visual worlds which is that 60s mod, space, dream world. I wish I could live in that world forever and wear this scent while I’m there and just have it blasting out of my spaceship at all times to combat any potential bad vibes. This scent feels warmer, sexier, more grown and kind of grounded more so than the others but the secret ingredient that gives it that sweetness and ties it in with the rest of the family is caramel! I am very excited about this and I hope everyone loves it as much as I do.”

“Ariana is the creative visionary behind the animated, fantasy world of R.E.M. and has partnered with award winning package designer Joshua English on the bottle design, Oscar nominated director Olivier Lescot and illustrator Cheyne Gallarde to create the R.E.M. universe. Ariana transforms into a strong, feminine heroine fighting to save the world and inviting her fans to share in the journey,” explains Noreen Dodge, Chief Marketing Officer of LUXE Brands. The R.E.M. narrative is optimistic, empowering and synergistic with the values Ariana imbues.

The fragrance will roll out globally with key global retail partners Douglas, Boots and Liverpool.