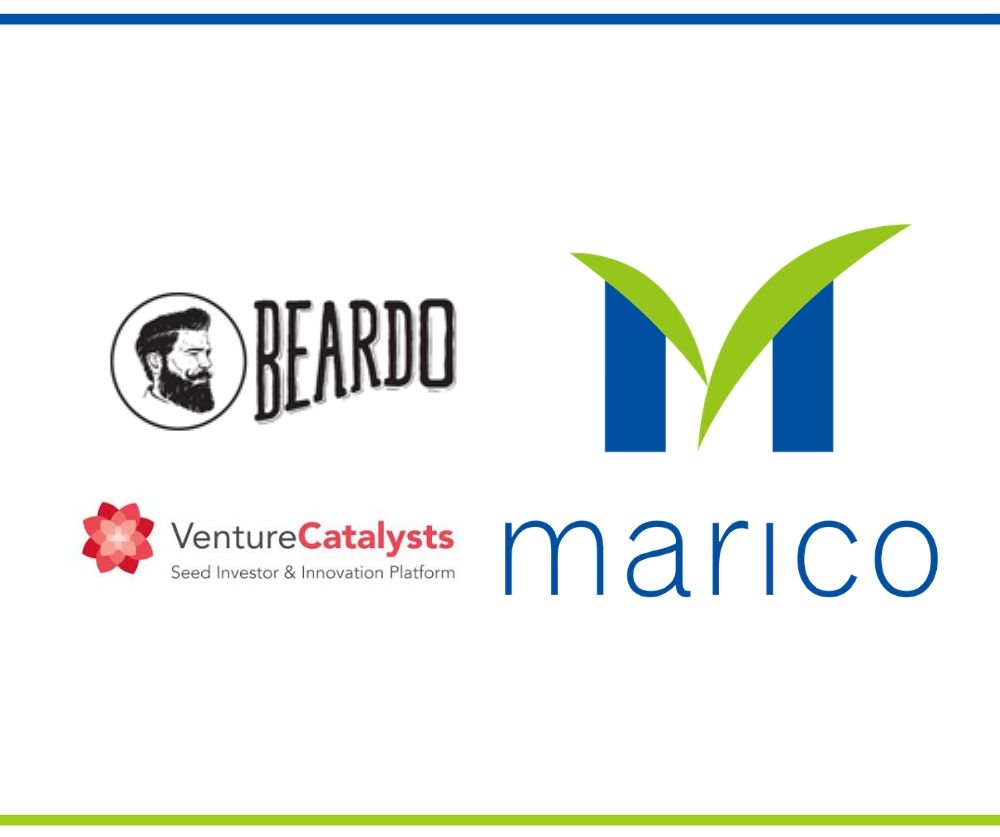 Integrated incubator and accelerator platform Venture Catalysts (VCats) announced a complete acquisition of its portfolio company ‘Beardo’ by FMCG major Marico Ltd. With this acquisition, VCats has taken a complete exit from the company with stellar returns on investment in the range of 5x-8x. Besides Beardo, VCats has seen over 20 exits in just a span of four years, including — Fynd to Reliance Industries, Supr to Swiggy, Innov8 to OYO, Vahanalytics to Rapido, and Siftr to Apus.

In 2016, VCats, along-with other investors, had invested around $500k in Ahmedabad-based Beardo, a men’s grooming brand that sells beard oils, beard waxes, soaps, and other facial hair products. Founded by Ashutosh Valani and Priyank Shah in 2015, Beardo is one of VCats’ earliest bets. With an aim to strengthen its presence in the burgeoning men’s grooming segment in India, Marico had acquired a 45 % stake in Beardo in 2017. Sensing the tremendous potential in the segment, Marico acquired an additional 55 % equity share in Beardo’s parent company Zed Lifestyle Pvt. Ltd, earlier this week.

VCats, which scouts, helps, and mentors early-stage startups from the Tier-2 towns and cities of India, has helped Beardo grow its revenue by 40x since 2016.

“We are extremely proud of Ashutosh Valani and Priyank Shah on their successful entrepreneurial journey from a small town to becoming a leader in the men’s grooming category. We were one of the first to have believed in Beardo’s true potential and the idea. Men’s grooming market has grown from a mere Rs 3,200 crore in 2016 to a whopping Rs 10,000 crore today, and this speaks volumes about VCats’s ability to spot potential startups. With Marico’s acquisition of Beardo, VCats has taken a complete exit at stellar valuations. We wish the Beardo team great success and hope to see it become a global brand,” said Apoorva Ranjan Sharma – Founder of Venture Catalysts.

Ashutosh Valani – Co-founder of Beardo, said, “We are fortunate to have got  Venture Catalysts as our investor and mentor. At a time when most of the Indian VCs and angel investors were chasing tech-startups from Mumbai, Delhi, and Bangalore, VCats believed in and reposed its faith in a startup from a small city like Ahmedabad. VCats has been a tremendous support in our journey from a startup to becoming a national brand. We thank the entire team for being so co-operative in providing mentorship, quick evaluation, and super quick decisions.”

Besides VCats, Beardo also counts actor Suniel Shetty as its investor and had recently roped in Bollywood star Hrithik Roshan as its brand ambassador. Beardo operates in a very competitive segment that has seen the emergence of several heavily funded startups such as Bombay Shaving Company, Ustraa, LetsShave, and The Man Company in the last few years.